Historical Records That Shaped The Past 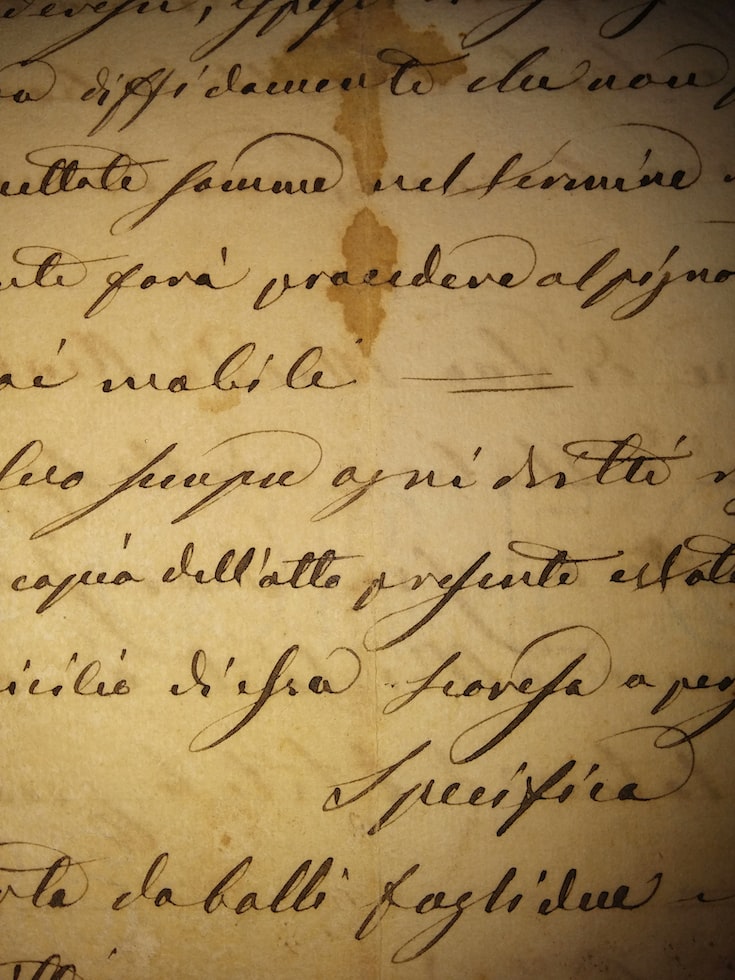 In the modern world, papers may seem to be only words on a page or a screen, yet even the most basic documents have a significant impact. Several historical texts have affected how we live now. Others haven't garnered as much attention as some others have. The ability of a paper signed on one side of the ocean to affect life on the other side is fascinating.

We'll be deviating from our regular tech talks in this blog to talk about document automation and creation. Let's take a brief look at the global historical texts that had the most impact on people's lives and altered them for the better or worse:

This is the most well-known American historical document, and its effect is felt well beyond the borders of the country. The history, ambitions, and way of life of the citizens of the nation are intricately intertwined into the Declaration of Independence. The Declaration of Independence, which was written by Thomas Jefferson, has been repeated many times by politicians, civil rights activists, academics, and so many others. Even though Britain officially acknowledged American independence in 1783, the United States has been regarded as a sovereign nation since July 4th, 1776, when Congress ratified this document with the final wording appended.

One of the major conflicts in history was the American Civil War. The Emancipation Proclamation of 1863 had a role in this war's victory in part. Abraham Lincoln made the proclamation paper. He proclaimed that all slaves in states that were in revolt would be set free. Due to this, more than 200,000 African slaves joined the battle, which changed from being a fight to preserve the union to an emancipation war. This document succeeded in winning over many hearts and minds. The 13th amendment, which completely abolished slavery, came after the proclamation. To guarantee that the proclamation would stand, the change had to be made. Prior to the amendment, both confederate states and southern states seized by the North still allowed slavery. The 1863 document prepared the ground for its repeal.

Justice wouldn't exist in the world as we know it now without this text. A different name for it is the Great Charter of Freedoms. A hesitant King John agreed to sign this charter in 1215, laying the groundwork for modern-day constitutional justice. You understand the significance of this charter if you are acquainted with the habeas corpus right. The Magna Carta limited the king's authority so that he could not arrest anyone arbitrarily or without a trial. Along with other measures to protect rights to justice, courts of law were also set up to trial accused individuals.

Because it laid the foundation for what are now known as human rights, Thomas Paine's treatise is one of the most well-known books. His philosophy was not well embraced in England, and he fled to France where he was put to death for penning his renowned treatise, "Rights of Man," which was well appreciated after the French Revolution. The French constitution, which guarantees every man the right to liberty, safety, property, and freedom from tyranny, was amended to include Thomas Paine's document. It establishes a charge on the affluent that we now know as income tax and contains other rights like providing education for the underprivileged.

Representatives of the United States and Great Britain, as well as France and Spain, signed this pact. The conflict between France, Britain, and Spain was ended by the treaty. Additionally, this pact contributed to America's successful full-scale independence. For the first time, Britain acknowledged America as a region free from its colonial sway. This may have affected other British colonies' desire for independence, and other colonies may have taken some principles from this contract. France, which had to relinquish its power in the New Found Land, was perhaps the country that felt the effects of the Treaty of Paris the most strongly. The cost of maintaining peace with its European neighbors, however, was quite low.

It is difficult to ignore this one while discussing the significance of historical records. Even though the slave trade was outlawed in Britain by 1772, many individuals still held slaves. The Slavery Abolition Act of 1833 marked the beginning of the end to the ownership of slaves. This, however, did not happen immediately because the contract included provisions that seemed to give slave owners time to profit from slave work under the law of apprenticeship. However, the statute gave slaves the confidence to claim their liberation before the deadline it established.

However, this agreement came at a price to the government since £20 million had to be given to the plantation growers who were required to give up their land.

The cornerstone for modern communism is laid down in this text. The communist manifesto was written by Karl Marx and Friedrich Engels during the height of the industrial revolution and released in 1848. The two disagreed that emerging capitalism would last for very long before being supplanted by socialism, which would then give way to communism. The manifesto is mostly a text that exposes the class conflict in society as well as the unfairness the working class faces as they fight to make a life, according to historians. This manifesto served as a major inspiration for the ideology of many communist nations, and much of the socioeconomic inequity it outlines is still prevalent today.

The worst treaty ever signed is most likely this one. Despite being credited with ending the First World War, it also started the Second World War. This 1919 agreement, which was negotiated by the US president, was signed by the heads of state of Europe and called for harsh punishment against Germany for beginning the war. Among the conditions were Germany losing its lands and having a significantly diminished army. Politicians in Germany and other European countries ultimately found the pact to be objectionable. The Second World War started not long after a manifesto meant to advance peace turned into a rallying cry for conflict.

This was one of the most popular military manuals in East Asia starting in the fifth century. Although some historians question this, it is generally accepted that the Chinese commander Sun Tzu is the author. They question if it was a genuine person and propose that it may be a collection of writings by several Chinese generals. But whomever penned it, this book altered the course of human history. Military commanders who used the offered strategies prevailed in several illustrious battles. Napoleon, a legendary military commander, used tactics from The Art of War.

Sun Tzu's methods are used by a variety of people, not only generals. The Art of War is a book that team captains, motivational speakers, and regular individuals all reference.

WikiLeaks is perhaps one of the most significant papers in global history that historians will discover when they go over records from our current age in years or centuries to come. It undoubtedly brought about change on a global scale. The leaked cables sent between heads of state and diplomats revealed a lot about the situation of the globe today. It also raised concerns about how we handle confidential information. The papers' alleged release is said to have contributed to the Egyptian revolution and most likely the whole Arab spring. The political landscape and other facets of our life are still changing as a result of the released information.

Documents continue to play a significant role in human life, from the earliest historical documents of cave paintings and clay cylinders from Persia to the modern digital documents available from everywhere at any time. They serve as a history of our lives, a manual for the present, and a plan for the future. Humans have always discovered methods to record their lives, and it is clear that these techniques are becoming better. We no longer have to be concerned about papyrus papers disintegrating or key manuscripts losing pages in the digital era. We may access papers with a button click or even a voice command.

With innovation directing improvement, the future of human growth is bright. We can communicate knowledge that shapes our future much more quickly and impact progress much more quickly. The creative minds will come up with more inventive methods to record history while it is still being written.